At dinner we had an incredibly delicious chicken dish, the Ganners had a friend over as well who had just returned from a photo safari in Africa. We were all talking photography, and discussions led to the "likely hood" of The Northern Lights tonight. The forecast was projected a very high possibility of occurring! Around 7 pm, we took a quick "really cold and windy" peek out on the deck...there were slight glimpses of indeed, The Aurora! Tom commented how rare it was to see some activity so early in the evening. Yep, it's really been my "lucky trip" to say the least...

Tom educated me on the proper settings to utilize should the opportunity present itself later tonight. Tom steadfastly recommended to get "the gear" set and ready so when "it happens" we move! While I had an adequate tripod I was lacking a "ball head" that allows the necessary flexibility in angling or slanting the camera around properly. Thankfully, Mr. Ganner hooked me up with a perfect one to borrow so long as I remembered to remove it before leaving in the morning! Tom also guided to put on multiple layers, and for that matter just sleep in your clothes...so we can move quickly.

We had few false alarms where there was just a slight bit of activity in sight as we stood by the Haines Packing Company, but damn it was freakin' brutally cold right there with the wind blowing into our location. Tom decided to head over to the road in front of Fort Seward, and set-up just off Beach Road.

Scoreboard! Well, initially I was shooting away crazily and in absolute amazement! Bewildered in my mind as to why Tom wasn't shooting? He was probably thinking to himself "rookie". ;)

Well, then it happened...the lights started to get just absolutely insane with what Tom refers to as curtain like activity. Now, I "see it"! Yes, I was photographing The Aurora when we first arrived, but this activity now was really what it's all about!

Here I was, at approximately 1:30 am in the morning, standing in front and center of Fort Seward in Haines, Alaska watching The Aurora! Only thing I regret is not capturing video, but that was only because being so excited and in awe I simply forgot to! 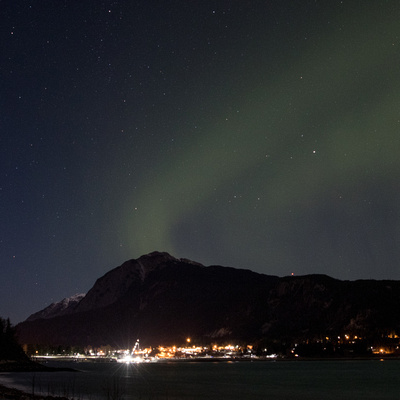 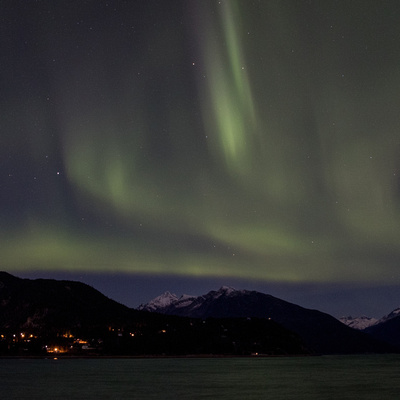 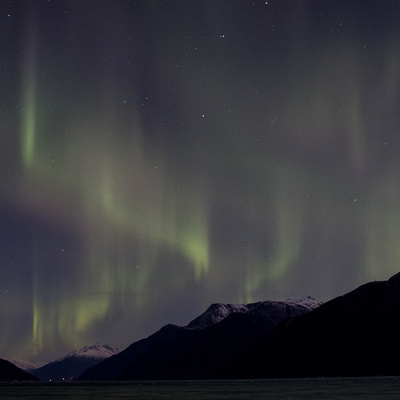 In no way could I have dreamed of closing out my final night in Haines this way. I'm wholeheartedly either blessed by the man above or there's some truth to that ol' saying the luck of the Irish; probably a bit of both! :) 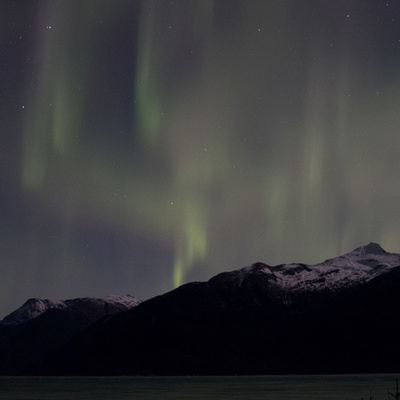 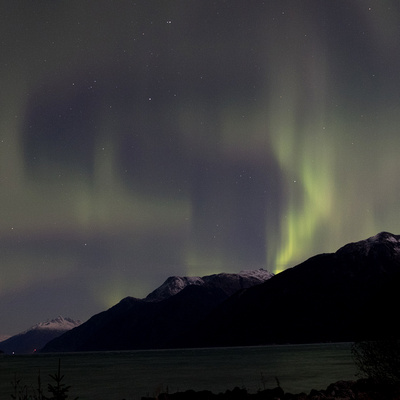 We finally wrapped up photogin' around 2:30 am. Now, had to catch a few winks and ensure the gear is packed. In a few short hours I'll begin the journey back home by way of Alaska Seaplanes. It's an early morning flight that will allow me to do a bit of exploring in Juneau tomorrow; before leaving Juneau the following day via Alaska Airlines.